The People’s Party Registers in California and Colorado

Sacramento, CA — The People’s Party has officially registered in the states of California and Colorado, joining the state of Maine in gaining party status. In contrast to the Democratic and Republican parties, the People’s Party rejects corporate money and is powered entirely by grassroots donations, with an average contribution of $19. Getting official party status allows voters in those states to begin registering as members of the People’s Party. State organizers are now getting to work registering 80,000 members to the party in California and gathering 10,000 signatures in Colorado to gain ballot access for 2022.

“Getting money out of politics is vitally important to our political process. A party that is decidedly corporate-free, the People’s Party, is a major way to do that, and I’m proud to be a part of building it in California,” said interim chairwoman of the California party, Kaitlin Sopoci-Belknap, the national director of Move to Amend and a resident of Sacramento.

Interim Vice-Chair Marvin Street, of West Hills, noted that California’s economy is reeling from Covid and that neither establishment party is offering a solution. “They just seem to make things worse,” Street said. “The People’s Party will create competitive political pressure. As we have seen around the world, political pressure through competition tends to make a difference.”

In Colorado, organizers from across the state converged at the historic Patterson Inn in Denver to sign the registration last month. The Inn was once the home of Thomas Patterson, Colorado’s first representative in Congress in 1877. Mike McCorkle, Colorado Organizing Committee Chair, said, “It was unforgettable coming together in a place so full of Colorado’s history to add our own story and start the new year building a new political choice for our state.” McCorkle is a two-time National Presidential Delegate for Bernie Sanders and the Chair of the Progressive Democrats of Colorado. He is leaving the Democratic Party to join the People’s Party.

Sara Rose, Organizing Committee Vice-Chair and Denver resident, said, “Colorado is a beautiful place to live with wonderful people, but times are tough here. People can’t get jobs, health care, or even food.”

MPP is the national movement for a major new progressive populist party in America. The movement is answering the call of the majority of Americans who want a major new party and want big money out of politics.

The People’s Party will be holding its national founding convention in the second half of this year. The movement is organizing for ballot access in all 50 states. People’s Party candidates will run for Congress in 2022 and the presidency in 2024. 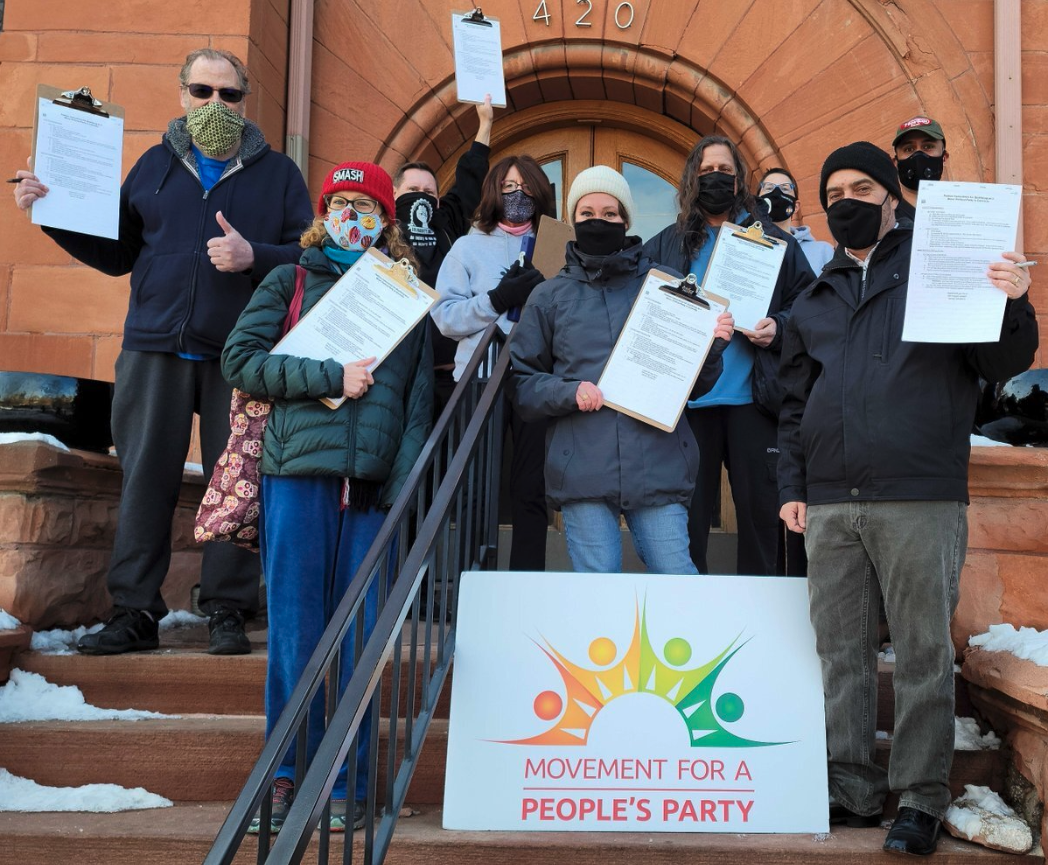